Valentines on the Coast

Romantic Meal for two you say? 💗

Say I do with a View

Explore the beauty and wonder of Northern Ireland’s breathtaking coastline on the Atlantic Ocean. Portrush is a favourite seaside resort destination, offering a multitude of attractions and activities. From grand historic castles to challenging golf courses, our town offers something for everyone.

Discover excellent local restaurants and pubs, and a vibrant nightlife where the craic is good. Step back in time at the ancient remains of Dunluce Castle. Portrush Atlantic Hotel is convenient to dining, shopping and attractions. We are situated in the centre of town overlooking the Atlantic Ocean.

Home of the 148th Open Championship held at Royal Portrush July 2019, The North Coast is home to some of the worlds most breathtaking golf courses. Click HERE. 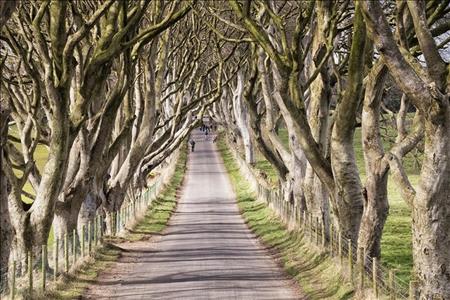 The Dark Hedges is a beautiful avenue of beech trees was planted by the Stuart family in the eighteenth century.
It was intended as a compelling landscape feature to impress visitors as they approached the entrance to their Georgian mansion, Gracehill House.
Two centuries later, the trees remain a magnificent sight and have become one of the most photographed natural phenomena in Northern Ireland, and most recently as a film location in HBO's worldwide famous series Game of Thrones as the King's Road. 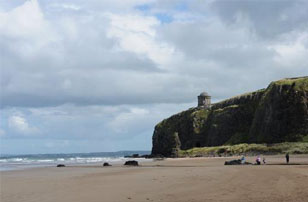 Offering a classic feel among the dunes, Castlerock Golf Club challenges golf players at every level of their game. The Club is home to practice areas, the 18-hole Mussenden Course and the 9-hole Bann Course 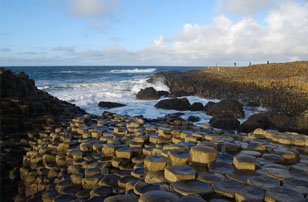 The Giant's Causeway is an area of about 40,000 interlocking basalt columns, the result of an ancient volcanic eruption. It has inspired artists, stirred scientific debate and captured the imagination of all who see it 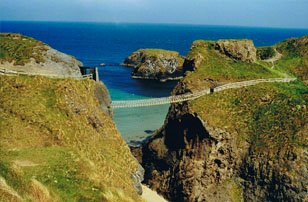 Suspended almost 100 ft (30 m) above sea level, the Carrick-a-Rede Rope Bridge was first erected by salmon fishermen 350 years ago. Today it is a popular tourist destination

HOW TO FIND US